Introduction to libp2p | Lesson 4 of 6

libp2p in the OSI Model

Usually, we look at the OSI Model (Open Systems Interconnection Model) to understand which layer a protocol tries to tackle. 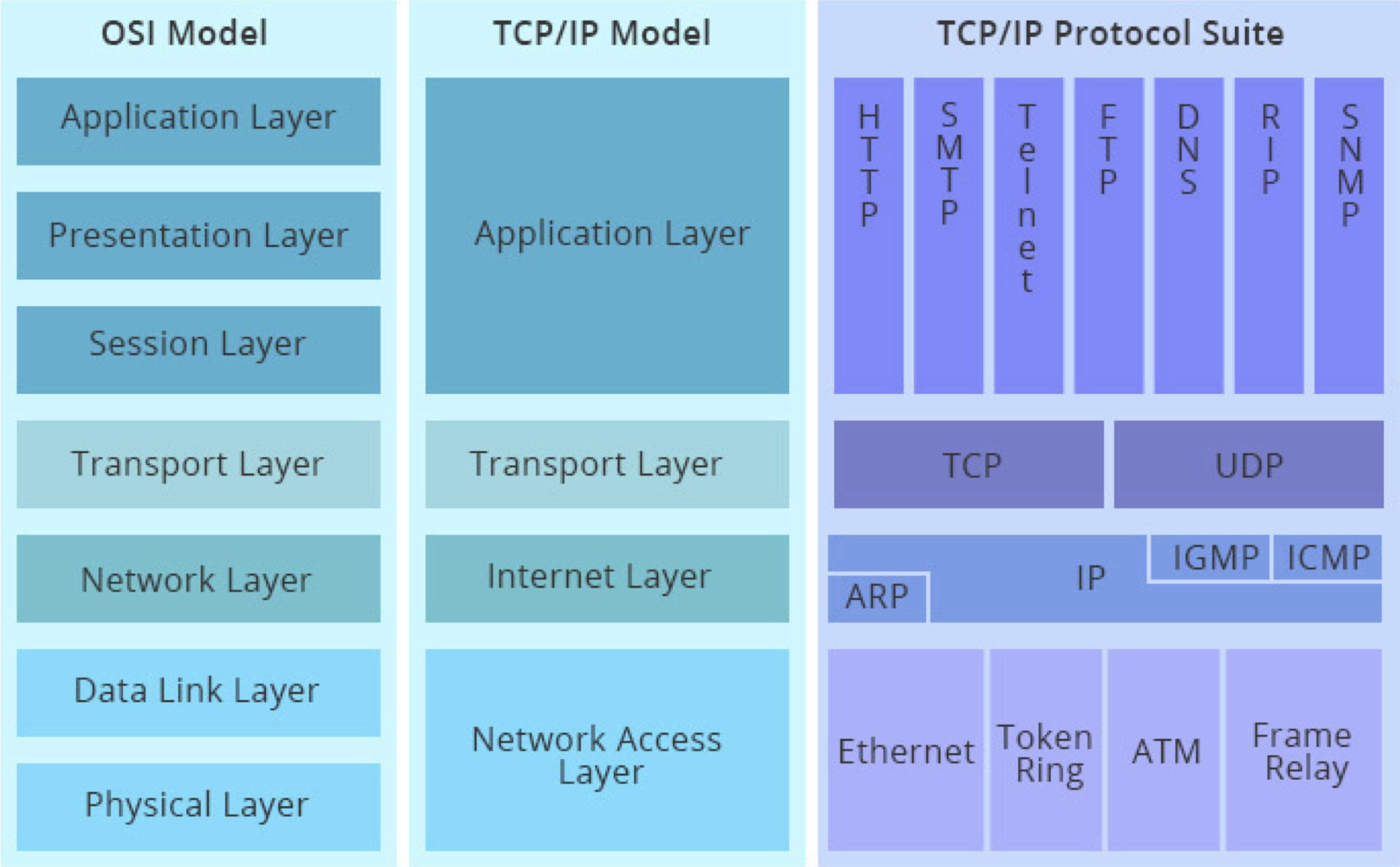 But the truth is, the OSI Model as well as the TCP/IP Model are just conceptual models. The actual implementations in the current web do not follow these models exactly, and are much less tidy, e.g. the TCP/IP Protocol Suite shown above.

In the end, these models have some shortcomings:

libp2p set out to do something different when it became apparent that following these rigid conceptual models was not ideal - others were already breaking them. By allowing users to select and configure just the pieces of a network stack that they need, libp2p has created a new way to maintain and upgrade applications with a secure, reliable, and modular network stack.

Where does libp2p fit into the OSI Model?